Don’t we all want to be seen?

In the summer of 2017, I have been filming in the streets of Edinburgh during the Fringe, the world’s largest arts festival. Being selected at this prestigious event is only the start of a dream. For many young performers reality soon kicks in when facing the competition. With almost 3,500 different acts every single day for a whole month, this can be quite challenging.

My short film ‘Enthralling’ shows the crosspoint of the struggle for attention and the often lethargic responses in the streets. Don’t we all want to be seen?

I’m happy to announce that ‘Enthralling’ is part of the official selection of the Shorts@Fringe festival at the Azores in June 2018. 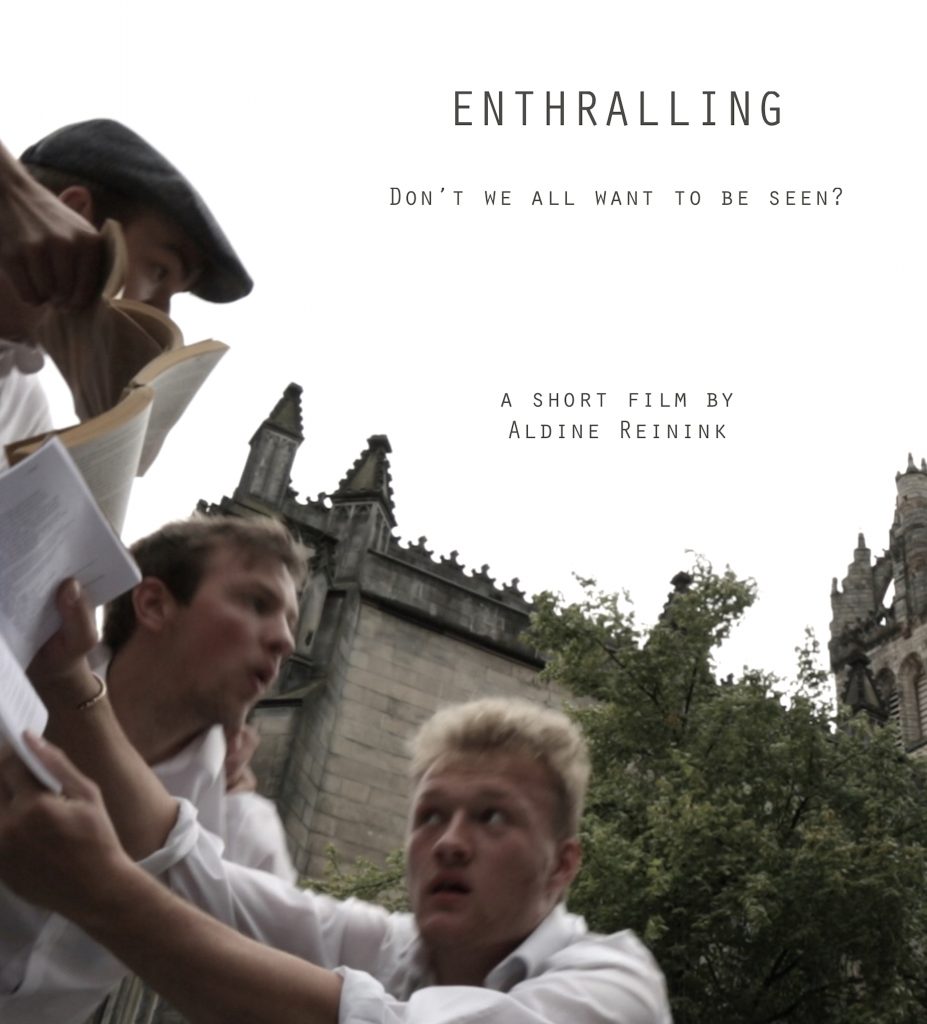